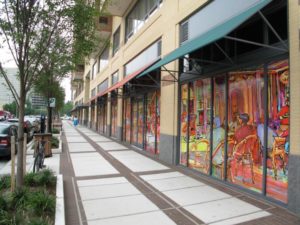 The only Arlington connections on the annual list of 40 restaurants are mini-chains Pete’s New Haven Style Apizza and Jaleo, which have Clarendon and Crystal City locations respectively — though one wouldn’t know it since the dining guide lists the location of each as “Washington, DC.”

Arlington County, which has seen a boom of new restaurants in the past couple of years, was similarly snubbed in Sietsema’s 2010 Fall Dining Guide. Eventide (Clarendon) and Ray’s the Steaks (Courthouse) both made it on the 2009 Fall Dining Guide.