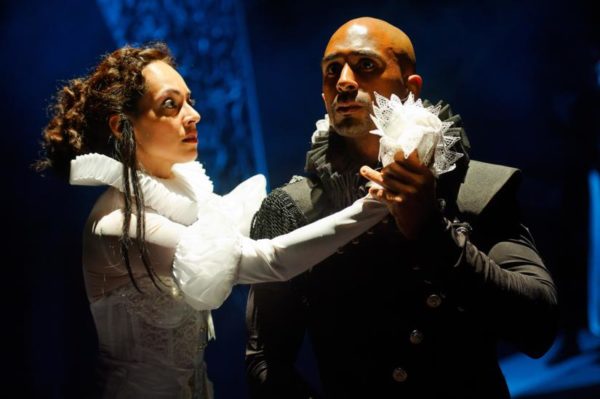 Synetic Theater’s award-winning production of Othello will kick off in Crystal City on Wednesday for a three-week engagement.

Fresh off of its nine Helen Hayes Award Nominations and three Awards, Synetic’s edgy, mind‐bending take on Othello will work its magic on the Crystal City stage in October.

The machinations of Iago are as labyrinthine and dark as the struggles of his mind, and these are all made manifest in Othello. The rapid ascent of the powerful Othello and his love affair with the beautiful Desdemona is thrilling to watch, but it literally fractures the jealous Iago. Themes of love, jealousy, race and perception are explored through the use of onstage projections, a shifting geometric set, and the swirling choreography and physical expression of Synetic’s performers and creators. Othello represents a bold new step in the evolution of the silent theater for which Synetic has become acclaimed.

The production will run through Nov 6. It will be followed by a production of Romeo and Juliet, which is scheduled to open on Nov. 25 and run through Dec. 23. Synetic Theater at Crystal City is located at 1800 S. Bell Street.