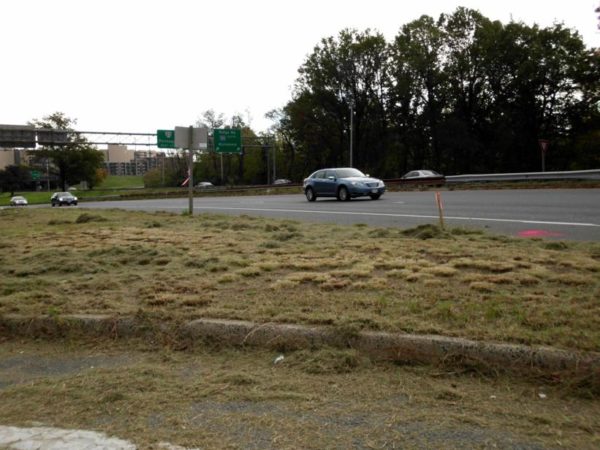 Grass Gets Mowed After Article — High grass that had been obstructing the view of drivers on the already-dangerous ramp from eastbound Columbia Pike to northbound Washington Boulevard was mowed yesterday, one day after ARLnow.com published an article about it.

Potomac Avenue Bridge Opens — One can now drive from Potomac Yard to Crystal City without having to hop on Route 1. The Potomac Avenue bridge over Four Mile Run has opened to traffic, making Arlington’s Market Square shops and restaurants more accessible for residents in the new Potomac Yard housing developments in Alexandria. [Patch]

Trick or Treating at Pentagon Row — Dozens of Pentagon Row merchants will be greeting little trick-or-treaters Saturday afternoon. Some stores will also be offering Halloween specials for shoppers. [Facebook]

Republicans Optimistic About State Senate Race — Arlington Republicans are becoming more optimistic about the 32nd District state Senate race between Patrick Forrest (R) and incumbent Janet Howell (D). “People are realizing this is a very close race,” one operative told the Sun Gazette. Meanwhile, the Arlington County Republican Committee raised $8,404 in October, which is $8,400 more than it raised in September.