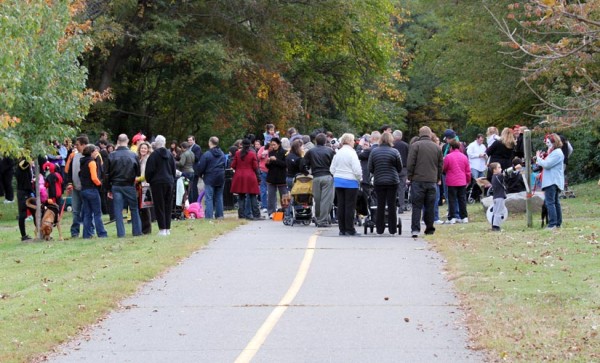 Obama to Visit Key Bridge — President Obama will make an appearance on the D.C. side of the Key Bridge tomorrow to “highlight the need for infrastructure investments.” The Key Bridge, the Memorial Bridge and the 14th Street Bridge are all structurally deficient and in need of immediate repair, according to a report released last month. [Washington Post]

CivFed Wary of A-Frame Signs — Arlington County Civic Federation delegates are wary of the county’s plan to allow A-frame — or sandwich board — signs on the sidewalks of commercial districts. The federation will vote tonight on a resolution that asks that the number of A-frame signs be limited, due to the potential for the signs to impede the mobility of the elderly and the disabled. [Sun Gazette]

Al Franken to Visit Four Courts — Updated at 9:30 a.m. — Comedian and U.S. Senator Al Franken is scheduled to appear at a Democratic fundraiser at Ireland’s Four Courts in Courthouse tonight. The fundraiser is reportedly off-limits to media. [Patch]