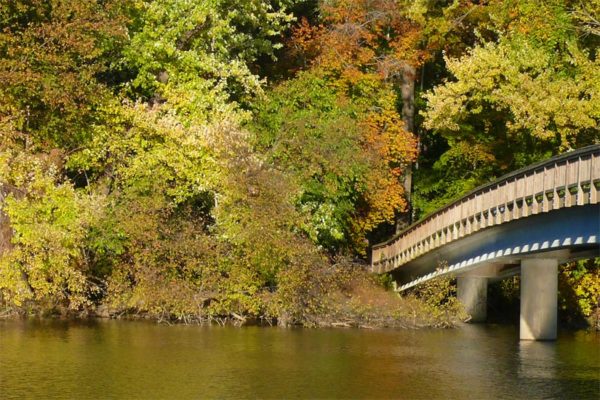 Problems at PBS NewsHour — The PBS NewsHour is facing serious challenges. The hour-long news program, which is produced at the WETA facilities in Shirlington, has been shedding staff and viewers. A number of top news and business personnel have left recently, while viewership is down 11 percent year-over-year. Meanwhile, a top sponsor is pulling out at the end of the year, leaving a $2 million hole in the NewsHour’s budget. [New York Times]

Elementary School Goes Solar — A ribbon-cutting ceremony was held at Glebe Elementary School yesterday to mark the installation of a 1.1 kilowatt solar panel system. The solar panels will not only generate enough clean energy to power one classroom, but will also serve as an educational tool. Students, parents and teachers will be able to monitor the system’s electricity output using any web-enabled device or smartphone. [Arlington Public Schools]

Park Gives Marymount New Athletic Facilities — Long Bridge Park is more than an attractive new green space to Arlington’s only four-year university. Marymount University paid about $2 million toward the cost of one of the three multi-use synthetic-turf fields at the park. In exchange, the school’s Division III soccer and lacrosse teams will utilize the field as their “home base.” When the field is not in use by the school, it will be available for use by the public. [Sun Gazette]

Ballston BID Director Hired — The newly-created Ballston Business Improvement District has a new executive director. Tina Leone is leaving her post as president of the Alexandria Chamber of Commerce to run the BID. [Alexandria Times]