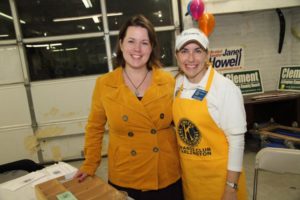 In her announcement, Klingler said she’s running because she wants to “serve and represent our community.”

“I want to continue to work on putting people first,” she wrote. “I want to do this in a fiscally responsible way, promoting efficiency, transparency, and our values.”