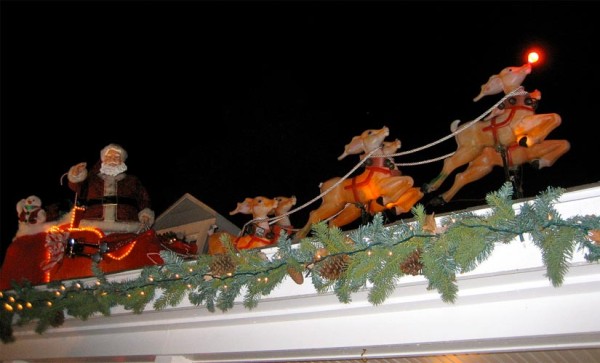 Rosslyn Exxon Robbed at Gunpoint — The Exxon at 1824 Wilson Boulevard, in the Rosslyn area, was robbed early Wednesday morning. Police say two men robbed the gas station at gunpoint around 2:50 a.m. “The suspects were both African American men in their 30’s, around 5’10,” Arlington County Police said in the department’s daily crime report. “One subject was wearing a ski mask; the other had a medium complexion and a small mustache.”

Wag More Dogs Case Heading Back to Court — In a newspaper op-ed entitled “Arlington County Scrooges Need Bigger Hearts,” Wag More Dogs owner Kim Houghton says the 4th U.S. Circuit Court of Appeals has agreed to hear her case early next year. Houghton, with the assistance of the Arlington-based Institute for Justice, is suing Arlington County over a dog mural painted on the side of her Shirlington doggie daycare business. The county has deemed the mural an illegal sign, while Houghton argues that it’s a work of art. [Washington Times]

D.C. Area Cars Are Getting Older — The average age of vehicles on Washington area roadways continues to rise. The average age of a car in the D.C. area is now 9.25 years — a one year increase since 2005.  “It is likely that the recession has had a strong influence on people’s interest in and ability to purchase new cars,” according to Arlington’s CommuterPage Blog. The blog also notes that the older car fleet has a “negative impact” on local air quality. [CommuterPage Blog]