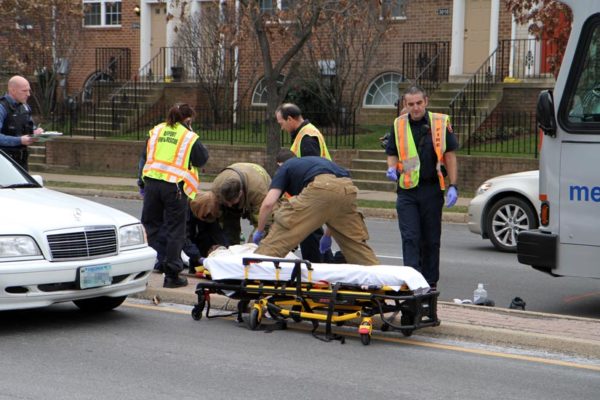 A bicyclist was struck by a Metrobus at the intersection of S. Glebe Road and Lang Street this morning.

The bus was traveling eastbound around 9:15 a.m. when it apparently struck the cyclist in or near the intersection. The cyclist suffered a head injury but was conscious when he was loaded into an ambulance and brought to the hospital.

Impact damage was visible on the Metrobus’ windshield.

Arlington County police and Metro personnel were taking photos and measurements of the scene following the accident. Traffic on S. Glebe Road was snarled as police blocked blocked one and periodically both lanes during the investigation.