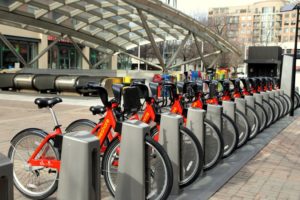 Capital Bikeshare’s expansion along the Rosslyn-Ballston corridor continues its push westward. In the past week, two new stations have popped up in the Virginia Square neighborhood.

A 19-dock Bikeshare station was installed near the Virginia Square metro station (901 N. Monroe St), and another one went up directly in front of the Central Library (1015 N. Quincy St), with 11 docks.

The stations, which appear to take very little time to install on location, have been spreading rapidly throughout Arlington since the fall. In October, we reported that the Central Library had been hoping to have a Bikeshare station by some point in the spring, but it was already installed last week. 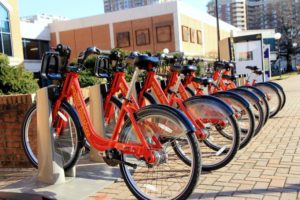 There are at least a dozen additional stations approved to be built in Arlington this spring, and another dozen proposed stations awaiting approval from various sources. All are concentrated near the orange line corridor, with locations in the works from Rosslyn to the Bluemont neighborhood.

You can suggest locations where you think stations should be installed on Capital Bikeshare’s website. The interactive map also allows you to see where other people have suggested installing stations.