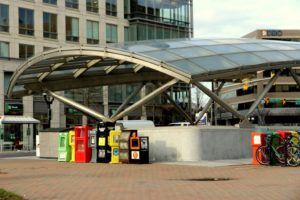 Two Arlington Metro stations are among a list of the top 10 fastest-growing stations in the entire Metro system in terms of ridership.

“The list of fast-growing stations serve as a proxy for where development is growing around the region,” the Examiner noted.

The list looked at ridership between July 2011 and January 2012, compared to the same period one year prior.