“Just wondering what you think about the 22204 market. Do you foresee all the development around Columbia Pike having an impact? I see quite a few knock-downs and new homes springing up within blocks of my house but don’t really seem to feel full-scale gentrification. Still a ways off?” -Sean

As a resident of Arlington County I’m sure you’ve heard the buzz term “Smart Growth”. In my opinion, Columbia Pike is a great example of what is considered to be smart growth. I’ll explain why I think so.

Step one in reviving Columbia Pike was a change to the zoning code. Arlington County and the Pike community introduced a new form based code that provides developers a lot more flexibility with the buildings as long as they conform to a certain look and size. The review period for plans could be reduced from years to months while providing a high degree of predictability for developers, businesses and the community at large. Adoption of form based code in 2002 coincided with what I consider the beginning of Columbia Pike’s revitalization.

We are in the midst of step two. New grocery stores, restaurants, bars, shops and multi-family residences are slowly moving-in along the Pike. There is a blend of old school and new school, which planners intend to maintain. Columbia Pike’s smart growth plan favors diversity among residents, buildings, retail options and homes. The benefit is realized by greater financial and social resiliency. If you are hoping for a Reston Town Center, then I think you will be disappointed with the direction of Columbia Pike. I compare the vision more closely to some of the neighborhoods in the San Francisco area.

The next step is an upgrade in transportation options. Yes, the Pike already has a top notch bus system, but have you ever been drawn to an area because of its bus system? When you are on vacation, are you like me and willing to try any transportation option other than a bus? Could a streetcar system help put Columbia Pike on the map?

Takis Karantonis, Executive Director of Columbia Pike Revitalization explained to me that approval of the Columbia Pike streetcar is cardinal to the continued momentum. It could be the first streetcar system in Northern Virginia. It helps the area prepare for growing transportation needs along the Pike. It helps the area attract new businesses and residents. The streetcar also provides the County and the Pike Community with leverage when it comes to negotiating with developers over public benefits associated with the development process (like affordable housing, open and green public spaces, shared parking, public art, environmental improvements, better architecture, etc.). Spending $250 million in times like these is a tough decision. Just as it was when Arlington dug its heels in about taking the Metro underground. I think we can all agree that the payoff was well worth the investment.

It has gotten to a point where large businesses interested in moving to Arlington and residents alike, are turned off by the high cost of homes. Locations around the Orange Line are saturated and the cost to rent or own in neighborhoods like Clarendon is astronomical.

Guess what, you can buy a modest house or townhouse in the 22204 zip code for the cost of a condo along the Rosslyn-Ballston corridor. You still have easy access to D.C. and Clarendon. But, as shopping and nightlife options continue to grow along the Pike, you may not even need to venture out of your own neighborhood. More and more home buyers are expanding their search to include the 22204. I foresee this trend continuing.

Actually, I can see Columbia Pike becoming the cooler, edgier option. Yes, residents are happy to have a new grocery store, but they also like being able to buy an authentic burrito from Pedro & Vinny’s. Open a Southside Social instead of a Starbucks. Cheescake Factory and Pottery Barn are probably not a good fit.

Why do I consider this smart growth: The County is weighing the long term effects of their decisions. Transportation options, school crowding, green space, retail diversity and neighborhood diversity are all being taken into consideration. They are taking small, but deliberate steps forward. 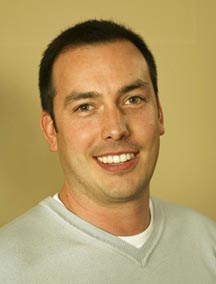 This is not just top down either. The neighborhoods that make up the Columbia Pike Corridor have realized their strength in numbers and meet at least once a month. Representatives from Penrose, Arlington Heights, Alcova, Barcroft, Douglas Park, Columbia Heights, Columbia Heights West, Arlington View, Columbia Forest and Foxcroft Heights all sit at the same table to discuss the progress and concerns of their residents. They realize that they have a huge stake in keeping the Pike desirable.

I don’t see full-scale gentrification taking place like Sean asked about. I do see continued momentum revitalizing Columbia Pike. I think that it is not far off from becoming a more frequent consideration for home buyers and home builders, especially if the street car gets approved.