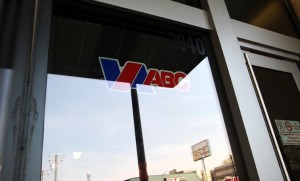 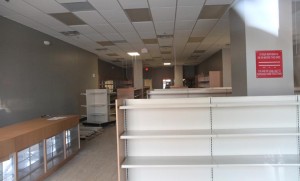 It appears that the new state liquor store at 2940 Columbia Pike is getting closer to opening.

The recognizable ABC logo has been placed on the store’s window, and a surprisingly large expanse of shelving can be seen inside the store. Virginia ABC officials, however, say an official opening date has not been chosen yet.

The store is located next to Lost Dog Cafe, along the Pike’s central business district.