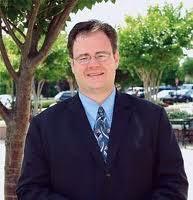 Will Radle has dropped out of the Eight Congressional District Democratic primary and has endorsed Bruce Shuttleworth against incumbent Rep. Jim Moran.

Radle announced his candidacy for the seat in January. Previously, the Fairfax County resident had run for public office as both an independent and a Republican. Since last year, Radle’s runs for public office have been dogged by media mentions of his guilty plea on an assault charge out of Arlington in 2010.

Radle’s LinkedIn page says he’s currently unemployed. A recent long-form profile of the candidate suggests he left his job as an insurance agent last year to focus on his campaign.

In his endorsement, Radle made no mention of Moran, but instead lauded Shuttleworth as “a true gentleman who will represent the Democratic Party well in fighting for those who can’t fight for themselves; battling for those who too often battle for us in faraway lands and governing as an honest broker.”

Fairfax, VA – March 28, 2012 – When I made the careful decision to enter the Democratic Congressional primary, my goals were to help address the serious needs of the American people, invest in our future, enhance our quality of life, instill confidence in our nation, prevent future government shutdowns, and expand opportunity for every American.

After spending the past several days in discussions with family and friends, after personally sharing with over 1,700 neighbors why I am standing as a Democrat, I have decided to discontinue my 2012 campaign to represent Virginia’s 8th Congressional District.

It has not been my goal to join the club atmosphere of Congress. My focus remains working to help move our nation forward. Together we can create effective, sustainable solutions to the challenges confronting our community and our nation.

Whether we discuss health care, jobs, the economy, education, access to higher education, environmental stewardship or traffic, we need solutions.

We need serious leaders who listen and take responsible action. We need public servants who reach out across our community listening to the people.

I will continue working to help strengthen the culture of listening as an ordinary American, a concerned neighbor who cares, listens and takes responsible action. I will continue as a community advocate serving on public committees at the state, regional and local levels.

I encourage everyone to support Bruce Shuttleworth. Mr. Shuttleworth is a true gentleman who will represent the Democratic Party well in fighting for those who can’t fight for themselves; battling for those who too often battle for us in faraway lands and governing as an honest broker. As a former Fighter Pilot, strategy consultant and businessman, he will help provide solutions to the many challenges confronting our nation.

Thanks to everyone who has supported me and my family throughout this important time. It’s now time to move forward with a fresh start, and I look forward to supporting Mr. Shuttleworth with a plan for positive action.