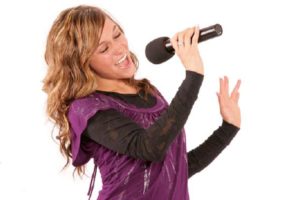 (Updated at 11:05 a.m.) Last year Arlington Public Schools hosted an “Arlington Idol” singing competition for high school students. This year, adults are getting a chance to compete in their own contest.

As part of its adult education program, APS is hosting the “2012 Arlington Sing-Off Competition” for those 18 and over.

Entrants must sing as a soloist — no groups are allowed — and they must do so acapella, at least during the audition phase. Songs must be memorized, and profanity is not allowed.

Three judges will help narrow down the field. The judges are Bolormaa Judgersuren, an opera singer originally from Mongolia; Dawn Frederick, a professional singer and vocal coach; and Adelaide Ruble, a recording artist and vocalist for a local swing dance band.

Anyone interested in competing can register online or call 703-228-7200. The grand prize for the competition is a $100 gift card and an opportunity to perform at Arlington’s first annual “Night of Concert Music,” which is being held on June 15 at Jefferson Middle School.