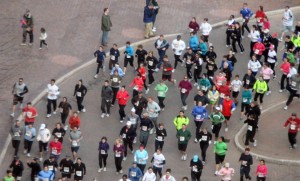 An annual springtime athletic tradition is coming back to Crystal City this week.

Crystal City’s 5K Fridays will start this coming Friday, April 6 — the first of four Friday races that will run through April 27. The race, organized by Pacers Events, will take runners on a looped course up and down Crystal Drive, starting at 6:30 p.m.

Registration is $20 per race or $60 for all four races. Runners can register online or in person, before the race.

Arlington County Police will be blocking off lanes of several Crystal City-area roads between 6:15 and 7:45 p.m. on race days. Among them: