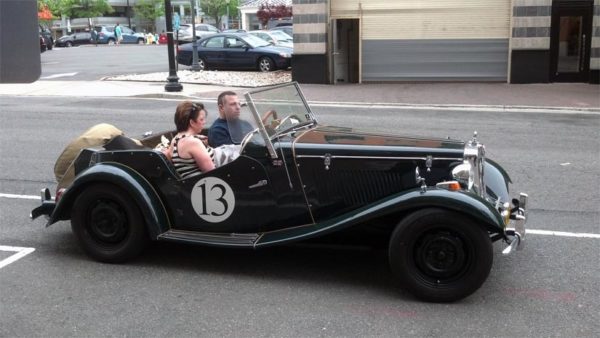 Defibrillator’s Batteries Weren’t Charged — Metro General Manager Richard Sarles has ordered a review of the agency’s automated external defibrillator (AED) program after it was revealed that the AED used to try to revive a man suffering a heart attack at the Pentagon Metro station on Monday had “insufficient battery charge.” The man later died. [Dr. Gridlock]

Favola Gets Top Business Rating — State Sen. Barbara Favola was the most “business-friendly” member of the Arlington legislative delegation in 2012, according to the Virginia Chamber of Commerce. During her recent campaign Favola was criticizing for taking big donations from real estate developers. [Sun Gazette]

Clock Ticking for River Place Owners — It may be 40 years away, but owners of the 1,720 co-ops and apartments at River Place in Rosslyn may no longer have a home after 2052. That’s because the sprawling residential complex sits on land that the River Place Owner’s Association doesn’t own, but rather leases from an estate. [UrbanTurf]

Man Chases iPad Thief at Airport Metro Station — An alleged 18-year-old thief was eventually apprehended after he reportedly stole an iPad from an auxiliary police officer on a Metro train at Reagan National Airport. The auxiliary cop, whose day job is at the Pentagon, chased the thief and was able to get his iPad back. [Washington Post]