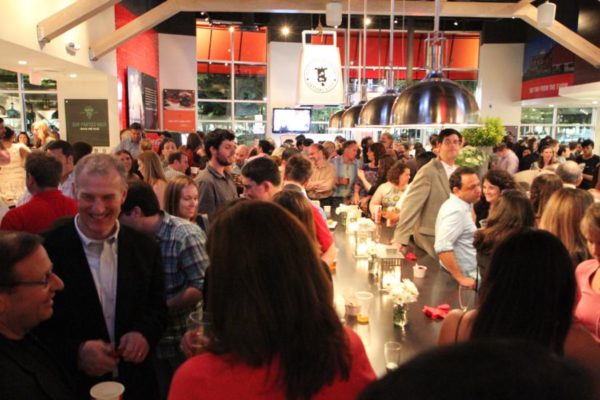 Between the the celebrity DJ inside (Josh Madden), the Ferrari parked outside (it belonged to one of Spike’s investors), and the reality show production crew that filmed the whole thing (we were told they were working on “Life After Top Chef”), the party was more Hollywood Boulevard than Crystal Drive. Taking in the excitement — and the beer, fries, burgers and milkshakes — was a capacity crowd that included young partiers, local notables, and Mendelsohn family members.

The restaurant, at 2110 Crystal Drive, is set to open to the public on Wednesday.