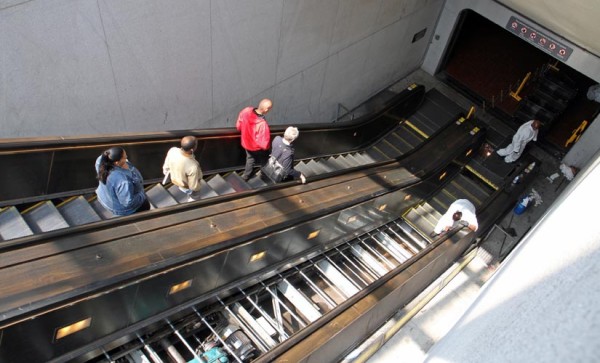 Good Stuff Eatery Opens Tonight — The new Good Stuff Eatery location at 2110 Crystal Drive in Crystal City will open to the general public for the first time tonight. The burger and shake restaurant will be open for dinner only today; it will start opening for lunch and dinner tomorrow. A television production crew is expected to be filming at the restaurant tonight for an upcoming episode of ‘Life After Top Chef.’

Potomac Overlook Naturalist Retiring — Martin Ogle, who is retiring next week after 27 years as chief naturalist at Potomac Overlook Regional Park, is being credited with playing a key role in a number of environmental initiatives in Arlington over the years. [Falls Church News-Press]

Moran Challenger Worries About GOP Inclusiveness — Patrick Murray, the Republican who will be trying again to unseat incumbent Rep. Jim Moran (D) in November, is concerned that the GOP is straying from Ronald Reagan’s belief in a ‘Big Tent.’ Murray issued a statement following Ric Grenell’s resignation from Mitt Romney’s Republican presidential campaign. Grenell resigned as a spokesman for the campaign after social conservative groups began criticizing the campaign because Grenell is openly gay. Murray said he was “disappointed” to learn that Grenell stepped down. [Sun Gazette]