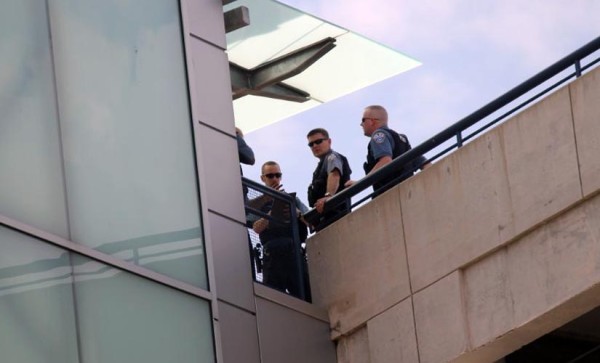 Update at 3:50 p.m. — The suspect has been safely taken into custody by police.

Earlier: Police and firefighters are on scene at the Ballston public parking garage, where a suicidal suspect is threatening to jump.

The suspect, described as a juvenile black male, is leaning against a railing at the top of the parking structure, near the intersection of Glebe Road and N. Randolph Street. Police have been keeping pedestrians away from the area below where the man is standing, although a small crowd has gathered across the street near the Mercedes-Benz dealership.

Police are now trying to talk to the man, who has been there since around 2:45 p.m. According to scanner traffic, the man threw his phone off the side of the parking structure.

“A negotiator is on scene making verbal contact with the suspect,” said Arlington County police spokesman Dustin Sternbeck. Sternbeck said the man had left a behavioral and mental health facility on the 2100 block of Washington Boulevard earlier in the day.

Over the past two years, two people have died after falling from the Ballston public parking garage. 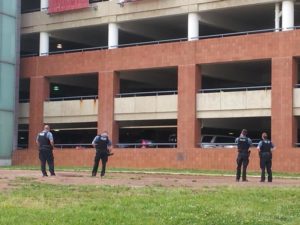 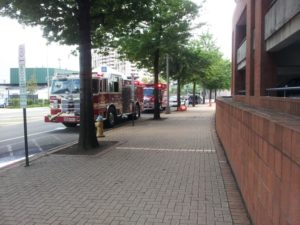