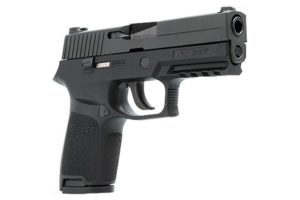 A Rosslyn man is facing criminal charges after accidentally shooting his television.

Police say the suspect was cleaning his .40 caliber Sig Sauer handgun when it accidentally discharged. The bullet went through the suspect’s TV, through a window, and across the street in the direction of an office building. Officers searched for the bullet but were ultimately unable to locate it.

The man was charged with reckless handling of a firearm.