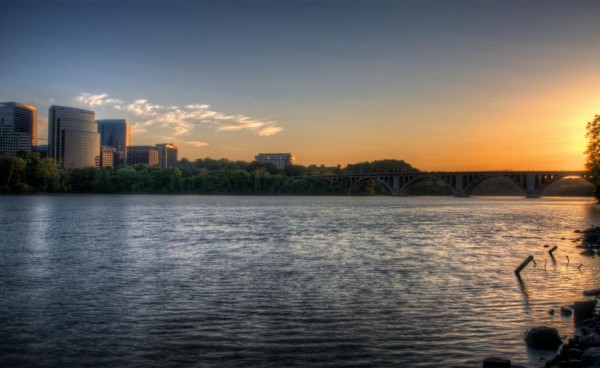 AWLA Wins ‘Best in Shelter’ Contest — The Animal Welfare League of Arlington will receive $50,000 in prize money after one of its dogs won the “Best in Shelter” contest. Gaston, a four-year-old American Bulldog mix, received the most votes in the contest, which was sponsored by author Martha Grimes. “The prize money will help us do even more for all the homeless animals that come into our shelter, including vaccines, medications, surgeries, and enrichment,” said AWLA Executive Director Neil Trent. Gaston was propelled to victory, at least in part, thanks to a music video produced by AWLA supporters.

Hot Weather Biking Tips — Given the on-going heat advisory, BikeArlington has posted some tips for bicycling in hot weather. Among them: hydrate, dress light, and take your time. [CommuterPage Blog]

Leonsis to Address Ballston BID — Capitals and Wizards owner Ted Leonsis will be the keynote speaker at the first annual meeting of the new Ballston Business Improvement District this evening. Leonsis is expected to talk about “entrepreneurship and the future of Ballston” at the meeting, which is being held from 5:00 to 7:30 p.m. at the Westin Arlington Gateway (801 N. Glebe Road). The meeting is open to local residents but attendees are asked to RSVP in advance. [Ballston BID]

Officer’s Donation Noted at Shirlington Library — When Lt. Col. James R. Mailler died in 2011, he left a donation to one of his favorite places — the Shirlington Branch Library. Now Lt. Col. Mailler’s donation is being recognized with a plaque near the newspapers, where he used to spend much of his time. [Library Blog]