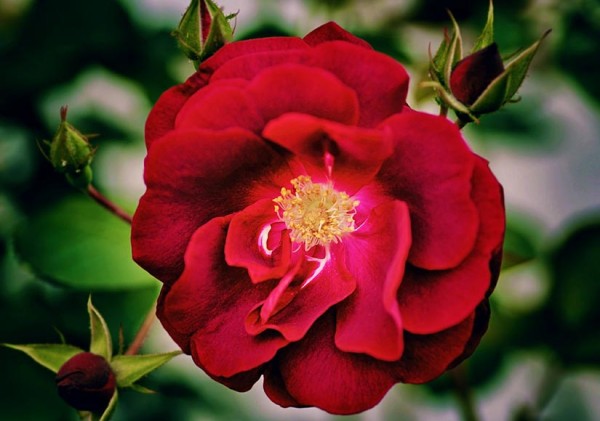 Citizen Feedback on Streetcar Mostly Negative — The Washington Post counted all 270 citizen comments received by the Pike Transit Initiative regarding the planned Columbia Pike streetcar. Of the comments, 78 were “pro-streetcar,” 86 supported additional bus service instead of the streetcar, and 59 wanted no streetcar or no change. Our poll, conducted last week, found that 50 percent of respondents preferred the streetcar while 34 percent wanted articulated buses instead and 16 percent wanted no change. [Washington Post]

Arlington May Get ‘Drug Court’ — Arlington is seeking state approval to establish a “drug court.” The court would provide an alternative for dealing with nonviolent drug offenders. “It will help people who are in dire need of substance-abuse services, and will cut down on incarceration for folks who have substance-abuse issues only,” according to a supporter in the local Office of the Public Defender. [Sun Gazette]

A-SPAN Handing Out Water Bottles— Today the Arlington Street People’s Assistance Network (A-SPAN) will embark on a “day of outreach” to determine the needs of the homeless living throughout Arlington. In addition to visiting the homeless where they live — areas including “Crystal City, National Airport, Rosslyn, and the wooded area near the Key Bridge and Roosevelt Island” — A-SPAN volunteers will be handing out more than 1,300 bottles of water, a gift from Ashlawn Elementary Students.

‘Sister Mary Ignatius’ Reviewed — Theater critic Terry Ponick takes a look at the American Century Theater production of Sister Mary Ignatius Explains It All For You. The one-act play is being performed at Gunston Theatre II (2700 S. Lang Street) through July 7. [Washington Times]