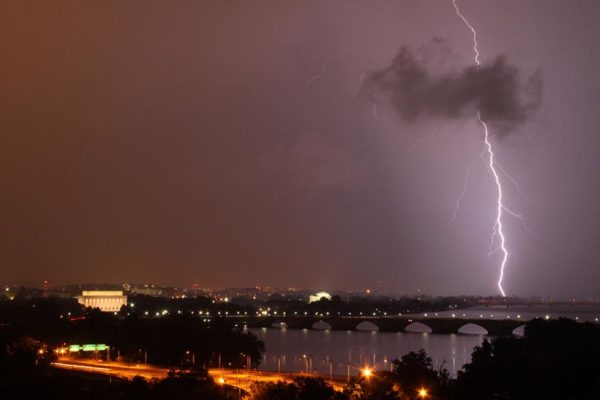 Plane at DCA Sinks into Tarmac — It was so hot Friday that a US Airways flight got stuck in some heat-softened pavement while taxi-ing to the runway. [Washington Post]

Vote Set on Pike Streetcar Plan — On July 21 the Arlington County Board is scheduled to vote on whether to proceed with plans to build a streetcar or add enhanced bus service along Columbia Pike. The Board is expected to formally sanction the streetcar plan, then apply for federal funding. [Sun Gazette]

Arlington Living Wage Increased — Arlington County has raised its minimum salary for contracted employees to $13.13 an hour, up from $12.75. The increase puts Arlington in line with Fairfax and Alexandria, both of which pay a $13.13 living wage. [Washington Business Journal]