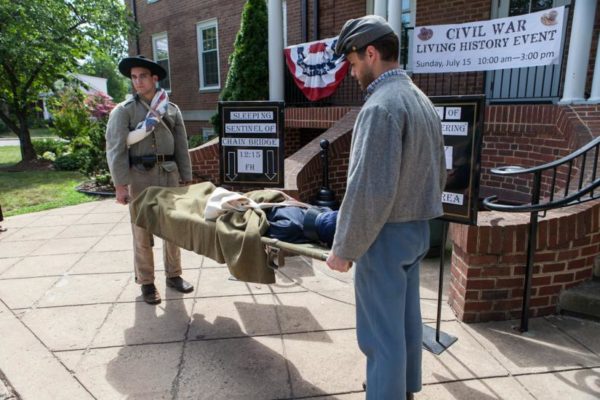 On Sunday a group of Civil War reenactors set up camp outside the Mount Olivet United Methodist Church at 1500 N. Glebe Road, part of a “living history” event intended to draw attention to the church’s role as a field hospital during the war.

The event included a display of medical tools and practices from the Civil War era, talks by actor portraying historic figures, and the opportunity to mix and mingle with the reenactors, who discussed the ins and outs and camp life.

Among the reenactors was Seth Black, a Thomas Jefferson Middle School student and avid Civil War buff who portrayed a wounded Union drummer boy, according to the Sun Gazette.