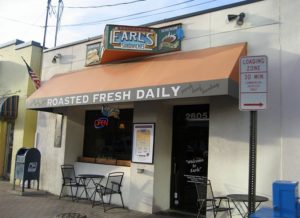 Earl’s Sandwiches, located at 2605 Wilson Blvd in the Clarendon/Courthouse area, is expanding with a second location in Ballston.

The restaurant will be replacing an existing deli across the street from the Ballston Metro station. Co-owner Steve Dugan told ARLnow.com that he hopes to open in early September, after a couple days of renovations. Dugan was unable to confirm the exact address of the restaurant due to a confidentiality agreement.

Earl’s of Ballston is applying for a license to serve beer and wine, according to Virginia ABC records.

Earl’s in Courthouse offers sandwiches, burgers, hot dogs and wraps, as well as soups, chili, fries and salads. Most sandwiches are made with fresh-roasted meats and range in price from $7 to $9.