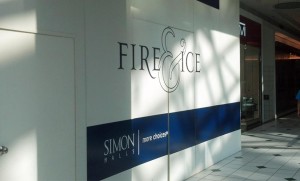 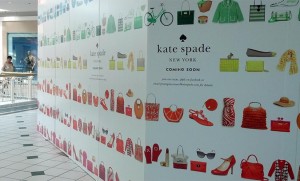 More changes are coming to The Fashion Centre at Pentagon City.

On the heels of the recent openings of a new Microsoft Store, Tumi store, Coach store, Bose store, The Limited store, and Chipotle restaurant, the mall has announced some new additions.

A Fire and Ice jewelry store is expected to open tomorrow, Sept. 1. The store specializes in “hand crafted creations, with a focus on vibrant gems and jewels that evoke the colors and textures of our planet’s rich natural history.” The 500 square foot store will be opening on the second level of the mall, next to L’Occitane.

A Kate Spade store is set to open in Pentagon City mall in “early fall,” according to a press release. Kate Spade’s diverse set of offerings include handbags, clothing, jewelry, shoes, stationery, eyewear, baby items, fragrance, tabletop goods, bedding and gifts. The 1,450 square foot storefront will be opening on the second level of the mall next to Club Monaco.

Finally, an Oakley store is also opening on the second level of the mall, according to the mall directory. While not officially announced, it appears that the Oakley store will be replacing another store that’s currently open. It’s not clear which store that may be, however. Oakley is best known for its sunglasses, but it also sells apparel, bags and footwear.

There are more than 170 stores in the Pentagon City mall, which is anchored by Nordstrom and Macy’s department stores.

END_OF_DOCUMENT_TOKEN_TO_BE_REPLACED

More Stories
Your Beermonger: King of the ‘Gypsies’Open Houses in Arlington This Weekend