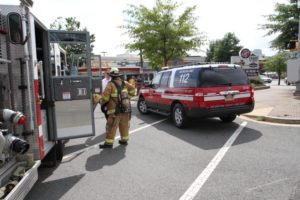 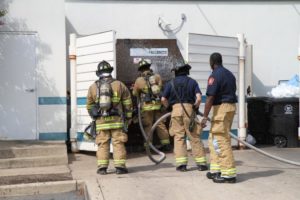 Firefighters responded to a small fire at Silver Diner in Clarendon (3200 Wilson Boulevard) this afternoon.

The fire was reported in a trash compactor behind the restaurant around 3:00 p.m. The flames, which did not appear to pose a threat to the building, were extinguished by the time fire trucks arrived on scene. Firefighters used a hose to douse some of the smoldering contents of the trash compactor.

Patrons of the diner did not evacuate the building during the incident, we’re told.