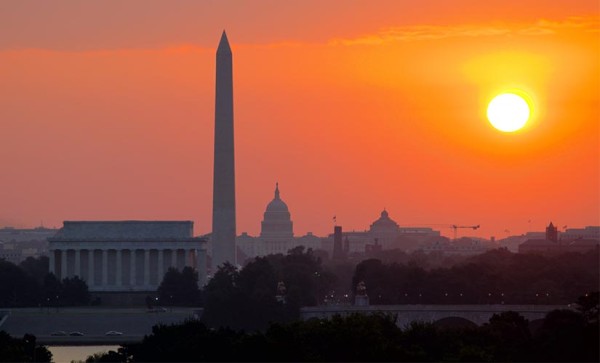 Yom Kippur in Arlington — Today is Yom Kippur, the Jewish Day of Atonement. Considered the holiest day on the Jewish calendar, Yom Kippur is traditionally observed with 25 hours of fasting and prayer. Arlington’s only synagogue, Etz Hayim Congregation on Arlington Boulevard, has sold out of its Yom Kippur service tickets.

Illegal Dog Mural Whitewashed — Wag More Dogs, the doggy daycare in Shirlington, has surrendered in its legal battle to keep a colorful dog-themed mural on its outside wall. Yesterday, workers removed the tarp covering the large mural — in place since 2010 — and painted over it. The painters — the same pair who painted an eyebrow-raising mural outside the Smokey Shope III store in Crystal City — are now planning to replace the mural with an “urban landscape” mural that, since it won’t feature dogs or anything connected to the business, shouldn’t constitute an illegal sign in the eyes of Arlington County. [Washington Post, WTOP]