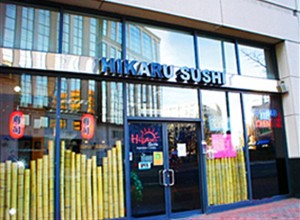 A small Japanese restaurant in Courthouse has closed.

Hikaru Sushi, at 2200 Wilson Blvd, closed its doors over the weekend, we’re told. The restaurant’s sign has been taken down, the phone lines have been disconnected, and workers could be seen removing kitchen equipment on Saturday.

One resident reported via Twitter that the owner of the Hikaru told customers that he was moving and thus decided to close the restaurant. We were unable to reach the owner for comment.

The restaurant enjoyed generally positive reviews on Yelp. It recently sold a Groupon deal that expired on Sept. 19.