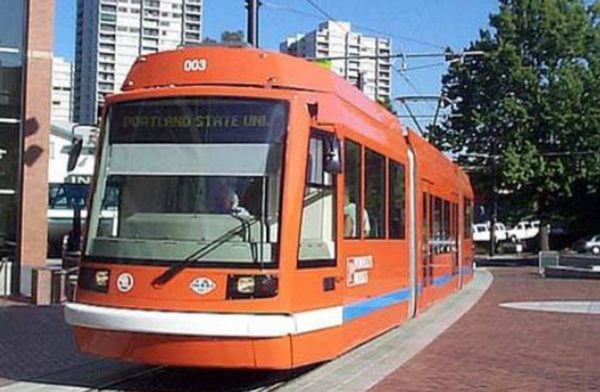 Despite statements to the contrary by each of the three candidates for Arlington County Board (see below), the Columbia Pike Revitalization Organization says a modern streetcar system is a better option for Columbia Pike than a Bus Rapid Transit (BRT) system.

Recent publications suggest that Bus Rapid System would be superior to a Streetcar serving the transit needs of our area. The Columbia Pike Revitalization Organization takes this opportunity to reaffirm support for a modern Streetcar.

In July 2012, the Arlington County Board and Fairfax County Board chose a modern Streetcar as the preferred transit alternative in our corridor.  This decision was correct and well informed.

The rationale in support of a BRT alternative has been exhaustively discussed during the many years of public process preceding the aforementioned decisions.

Among many other benefits, a modern streetcar system:

The decision has been made.  It is time to move forward.

Incumbent Democratic County Board candidate Libby Garvey, meanwhile, is doubling down on her support for a BRT system. In an email to supporters this morning, Garvey said BRT won out over the streetcar in a recent cost benefit analysis conducted by Peter Rousselot, former chair of the Arlington County Democratic Committee.

I’ve been quite busy both with debates, candidate questionnaires and, of course, my Board work, and one big issue has been at the forefront – the Columbia Pike streetcar. As many of you probably know by now, I have been studying this issue since last spring and recently decided that I cannot support a streetcar for Columbia Pike. But I do support a modern Bus Rapid Transit system (BRT). What finally made me realize I must oppose the streetcar was a report that came to the board on October 9 from Peter Rousselot. I have found the report very persuasive, and it re-enforces everything that I’ve been learning about (BRT) and streetcar solutions. The report offers the first real cost benefit analysis I have seen comparing modern BRT and streetcar so I hope many of you will read it. I believe it will lead to a robust, informed and healthy conversation in Arlington as to what vehicle we should be using for the new transit system we are currently designing.

Please note that it is important for everyone to realize how similar modern BRT and streetcar systems are. Indeed, the Crystal City streetcar system has always been planned to be a BRT system first and then transition later to streetcar. The report showing the tremendous cost differential, as well as the fact that Fairfax, Alexandria and Montgomery County are all planning BRT lines, makes it clear that we need to reexamine the plans for a streetcar on Columbia Pike. The potential for real regional connectivity with an affordable BRT system is exciting.

Disclosure: CPRO is an ARLnow.com advertiser