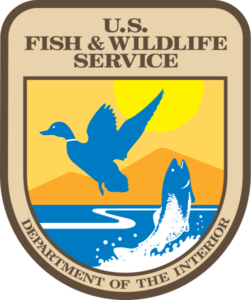 (Updated at 1:30 p.m.) The headquarters of the U.S. Fish and Wildlife Service will be moving out of Ballston, employees are being told today.

The move is another blow to Arlington’s commercial real estate market, which is dealing with rising office vacancy rates (16.5 percent as of January) and the impending loss of the National Science Foundation.

The Fish and Wildlife Service (FWS) is based in three buildings in Ballston, at 4301, 4401 and 4501 N. Fairfax Drive. In a memo to employees, FWS Director Dan Ashe said the offices will be relocated to the Skyline Technology Center at 5275 Leesburg Pike in Falls Church.

“I am excited to be able to officially announce the location of the new headquarters building,” he wrote. “This ‘Class A’ facility offers an abundance of priority amenities and features and is located only 3.5 miles from our current location.”

FWS spokesman Chris Tollefson told ARLnow.com that July 1, 2014 is when FWS expects to move into the new facility. FWS’ leases on Fairfax Drive were originally set to expire at the end of 2013, but they negotiated an extension into the spring and are in negotiations for another extension, Tollefson said, after the process of signing the lease at the new building took longer than anticipated.

“I don’t think anyone anticipates [the negotiations] will be an issue,” Tollefson said.

Employees were invited to ask questions about the move at three information sessions held this morning. Tollefson said there will be a shuttle running between the new office and the Metro, stating that was “one of the parameters” of a new office space.