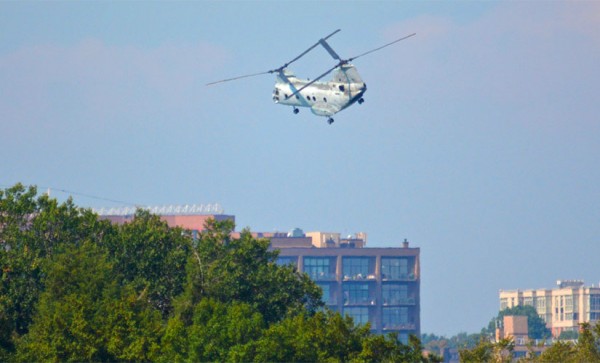 Furloughed Workers Voting Absentee? — The pace of absentee voting in Arlington has nearly doubled since the federal government shutdown, perhaps the result of furloughed workers casting ballots in advance. The pace is now about 50 ballots a day, which is still far slower than the absentee voting pace during the last presidential election. [Sun Gazette]

Paint-Splattered Play Requires Ponchos — Synetic Theater’s “The Picture of Dorian Gray,” which runs through Nov. 3 in Crystal City, features on-stage paint-slinging as a special effect. Though a plexiglas pen is set up between the actors and the audience, those in the first few rows are provided with Gallagher-esque ponchos on the off-chance that drops of paint make it past the plexiglass. [Washington Post]