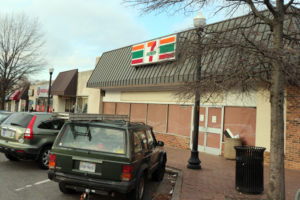 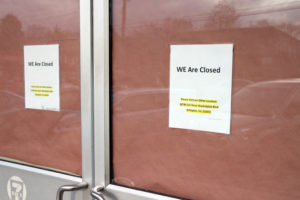 (Updated at 7:00 p.m.) The Italian Store will be opening a second location next year, in the Westover neighborhood.

The store, which sells sandwiches, pizza, wine and gourmet Italian grocery items, has enjoyed considerable success at its Lyon Village location, at 3123 Lee Highway. The new location, at 5839 Washington Blvd, will be about twice the size as the original, according to owner Robert Tramonte, whose family has owned and operated the store since 1980.

“Our square feet is more than double that of the Lyon Village store, approximately 6,000,” Tramonte told ARLnow.com. “We envision doing everything that we currently have at Lyon Village plus a new Illy espresso coffee bar and other surprises.”

The Italian Store will replace a 7-Eleven convenience store, which closed its doors last night (Sunday). Customers are being asked to instead shop at the 7-Eleven at 6730 Lee Highway.

Tramonte says he expects to begin “a total renovation” of the new location next month.

“Our projected opening date is May 18th pending a fast track permitting process,” he said.

Correction: This article previously stated that the new location would be the Italian Store’s first expansion. Tramonte says the family “has had several other stores… over the years” but currently operates only in Lyon Village.