Looking back at the top stories of 2013 in Arlington (full list to be published Tuesday), the majority of the most-viewed articles fall into one of two categories: tragedy or comedy.

While sometimes comedy can beget tragedy, depending on your perspective, the numbers don’t lie — articles ripe for humorous interpretation are among the most popular. 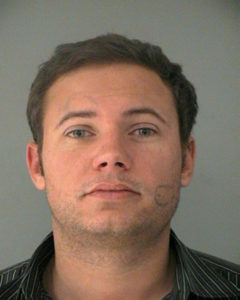 1. Man Beaten for Drawing Genitalia on Roommate’s Face (76,657 views, #1 overall) — In March, a 31-year-0ld Lyon Village resident awoke on his couch after a night of drinking. What could have been a quiet Saturday morning turned into anything but when the man, James Watson, discovered a penis drawn on his face in permanent marker. Watson’s reaction to the prank landed him in jail, charged with a felony, and the subject of a now-infamous mugshot. He was found guilty in Arlington General District Court and earlier this month was sentenced to 12 months in prison with 11 months suspended.

2. Police Respond to Huffing Disturbance (38,255 views, #3 overall) — Normally, that someone arrested for huffing chemicals to get high doesn’t make the news. But this January incident in Ballston is a notable exception. Arlington’s finest had their hands full when the suspect, an 18-year-old man, resisted arrest. Wearing only a t-shirt, the man “was reportedly hissing, speaking in tongues, shaking uncontrollably, trying to eat coins and had attempted to set his mattress on fire.” Even after being Tased and handcuffed, the pantless man was defiant, using his backside and a choice one-liner to taunt the cops. 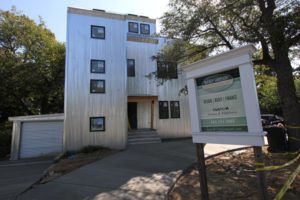 3. Metal House Rankles Neighbors with ‘Kegger’ Ad (14,133 views, #19 overall) — One sure-fire way to get the attention of your Lyon Park neighbors: build a house with a shiny, steel exterior and advertise it to prospective residents as “kegger, flip cup, corn hole-friendly yard” and a “short stumble home from [Mister] Day’s, Spider Kelly’s, Clarendon Ballroom, Clarendon Grill, Ri Ra, etc.” No word yet on whether any takers were found at the advertised $7,500/month rental fee, nor whether the residents turned out to be the drinking game aficionados the owner was seeking. 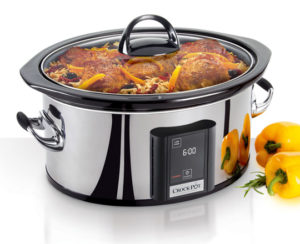 4. Police: Chicken Stolen from Crock Pot (13,327 views, #21 overall) — We will perhaps never know the true story behind the notorious chicken theft of February 2012. But we do know that someone was upset enough about a chicken disappearing from their crockpot that they called police. Investigators evidently found it odd that the presumed thief took the chicken and not the vegetables, which were also cooking at the time. “We suspect fowl play,” a police spokesman quipped.

5. Video: Colbert Reads Yelp Review of Arlington Jail (10,495 views, #30 overall) — In April, comedian Stephen Colbert had fun reading Yelp reviews of the Arlington County Detention Facility. “If you’re going to get arrested, do it in Arlington County,” read one of the typically glowing reviews of the county lock-up. “I think Arlington tourism just found its new slogan,” Colbert told the national TV audience.