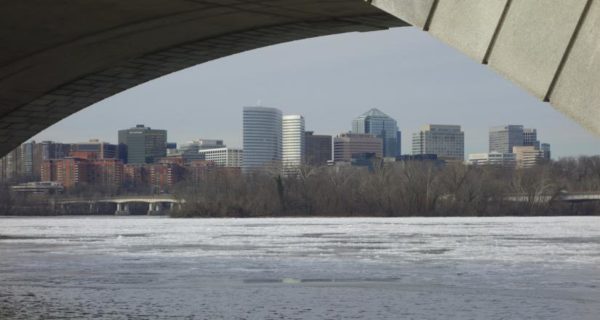 Streetcar Support Remains High in Fairfax County — The McLean edition of the Sun Gazette newspaper reports that Fairfax County officials are not nearly as divided over the Columbia Pike streetcar project as their Arlington counterparts. “While some Republicans on [the Fairfax County Board of Supervisors] have expressed concerns, support among Fairfax officials remains high,” the paper reported. “And with good reason: Fairfax will be responsible for only about 20 percent of the local cost of the project, but plans to use the streetcar’s arrival to spur the redevelopment of Baileys Crossroads.” [Sun Gazette]

Dominion Reports Record Power Demand — Dominion Virginia Power met record demand for electricity during Tuesday’s frigid temperatures. Use of heaters during this week’s “polar vortex” helped push energy demand to 19,730 megawatts during the day on Tuesday. That’s well above the previous peak winter demand record of 18,079 megawatts, set in February 2007, but below the company’s summertime record of 20,061 megawatts, set in July 2011. [Dominion]

Malinosky Elected ACDC Chair — Kip Malinosky, a middle school civics teacher and well-respected Democratic organizer, was elected chair of the Arlington County Democratic Committee last night. Malinosky, who succeeds outgoing chair Mike Lieberman, told the Democratic faithful that the local party will remain united despite contested primaries for County Board and School Board. “We’re all in this together,” he said. “When the caucus is over, we will rally behind our candidates.”

Bill Would Outlaw Sex Acts Among Minors — A new bill proposed in the Virginia General Assembly would make oral sex and other “consensual sodomy” legal for adults but illegal for minors. The bills was proposed several months after courts struck down Virginia’s “crimes against nature” law. [Think Progress]

Delegate Wants More I-66 Lanes Inside the Beltway — Del. Jim LeMunyon, a Republican representing part of Fairfax County, has introduced legislation requiring the state to plan a project that would “increase the lane capacity on Interstate 66 inside the Capital Beltway to include at least two-non-high-occupancy vehicle lanes in each direction.” That idea, suggests reporter Michael Neibauer, will likely not sit well here in Arlington. “Arlington officials would probably chain themselves to highway signs before letting it happen,” he wrote. [Washington Business Journal]