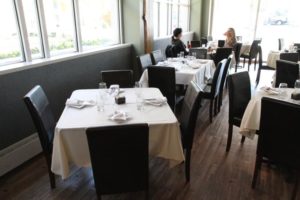 We’re about half-way through the winter edition of Washington Restaurant Week but some diners are asking themselves: is this really a good deal?

In theory, Restaurant Week, which features about a dozen Arlington restaurants this year, allows patrons to try out nice restaurants around the area at lower, fixed prices. In practice?

“A look at nearly two dozen restaurants participating in Restaurant Week shows not only that many of these dinners aren’t not much of a deal, but that you may actually be paying much more than what they’re worth,” reports the Washington City Paper.

Restaurant Week menus abound with the cheaper items from restaurants’ normal menus alongside items that aren’t even on the normal menu. Restaurant Week dinners are priced at $35.14, and the City Paper reports that items from the fixed price menus are often times cheaper if purchased individually.

The analysis did not consider the Restaurant Week lunches, which are priced at $20.14.

In your personal experience, have you found Restaurant Week to be a good deal?