Editor’s Note: This sponsored health and fitness column is written by Ginny Wright, founder of BbG Fitness, which offers group fitness classes around Arlington. Sign up for a free class today.

Gluten has been in the news, on the bestseller list and a hot topic of conversation for a few years now. These days most grocery stores are fully stocked with “gluten-free” foods. But how did this one ingredient become so prominent and why are so many folks talking about it?

What you may not know is that gluten can cause serious health complications for many of us. You may be at risk even if you don’t have full-blown celiac disease.

Dr Mark Hyman warns us that gluten and all foods containing it are making us sick and fat. A study in the Journal of the American Medical Association found that not just those with celiac disease may have serious health issues — including heart disease and cancer — from ingesting gluten. An estimated 99 percent of people who have a problem with eating gluten don’t even know it. They attribute their ill health or symptoms to something other than gluten sensitivity, which is 100 percent curable. One person I know suffered from horrible pain and bloating for over 20 years before someone finally suggested she eliminate gluten. As soon as she did, her agonizing discomfort disappeared!

What Are The Symptoms of Gluten Sensitivity?

In his best-selling book, Wheat Belly, cardiologist William Davis, MD, explains how his pre-diabetic and diabetic patients lost dozens of pounds when they removed all wheat products from their diets—which also reduced their risk of heart disease and diabetes. Most also  showed marked improvement from arthritis and asthma, increased mental clarity and better sleep.

Neurologist David Perlmutter, MD, is convinced that brain disorders and gluten sensitivity go hand in hand. In his book Brain Grain, Dr. Perlmutter states that processed carbs and whole grains are slowly killing us. Based on experience in his private practice, he believes that gluten sensitivity is often related to dementia and Alzheimer’s, ADHD, skin disorders, joint pain, neuropathy, headaches and even depression. Alzheimer’s is now being called “Type lll Diabetes” because studies have linked it to inflammation of the brain, which is often associated with high carbohydrate, low-fat diets and obesity.

What About Gluten-Free Foods? 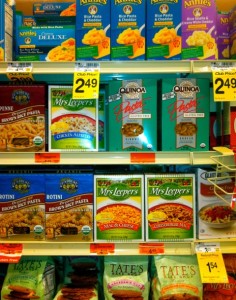 Instead of turning to the latest craze and food manufacturers’ profit- making schemes, the best advice – as always — is to stick to a whole foods diet. Just because something is labeled “gluten-free” does not mean it’s good for you. Far from it! Most of these products are just highly processed foods without wheat!

Guess what? Vegetables are gluten free! So are fruits, lean proteins, nuts and healthy fats. Eat those instead, even if you’re not gluten intolerant, and you’ll feel a whole lot better.

John suffered from chronic arthritis pain which he managed with daily medication — until he went gluten free this year and the pain disappeared in a few weeks. Do your own test to find out if you might be even slightly allergic to gluten. Simply remove all items containing gluten from your diet. Read the label of everything you put into your mouth. Find a good comprehensive list of gluten-free foods (and other information) at the DC Metro Celiac Organization website. Make a note of how you feel without gluten, then slowly add it back in. If you notice any ill effects it may be time for you to go gluten free.

Here’s to your good health!

Ginny Wright has been a certified personal trainer and fitness instructor for more than 10 years. She received her Health Coaching certification through the Institute for Integrative Nutrition in New York in 2007. The views and opinions expressed in the column are those of the author and do not necessarily reflect the views of ARLnow.com.