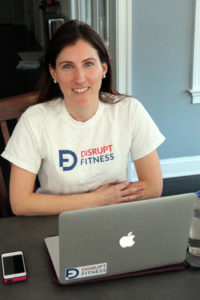 When the former Virginia assistant secretary of technology left her job in January after former Gov. Bob McDonnell’s term ended, her friends expected her to stay in politics, or take a lucrative IT job.

“I went completely the opposite direction,” Kilberg told ARLnow.com from her home in Lyon Park. “At the governor’s office, we were focused on IT, cloud computing and cybersecurity. Now, it’s hard for people to understand a nontraditional D.C.-area company.”

Kilberg founded the company with her partner — and physical trainer — Fareed Stephens. Stephens had trained Kilberg out of a gym before he started training on his own, and during one of their sessions, he was telling her how challenging it was as an independent trainer.

That was in July, when Kilberg knew that her job in the McDonnell administration was coming to an end in January. By Labor Day weekend, she said, the two already had a business plan for Disrupt Fitness and hired two developers from Bulgaria, whom they found through their participation in the 1776 incubator in Washington to help build their website.

As Kilberg and Stephens were building the website, they had to decide how exactly they would serve trainers.

The non-training parts of the business — managing financial documents, taxes and finding clients — is where Disrupt Fitness wants to help. The company officially launched at the beginning of February with a fully realized website.

“We enable the trainers to focus on what they love and we manage the rest for you,” Kilberg said. “We handle all of that.”

Even though Disrupt’s services are also offered by gyms that keep trainers in house — and provide equipment and space for the trainers — Kilberg said trainers will prefer Disrupt because while gyms give trainers well below 50 percent of the hourly rate, trainers keep almost all of Disrupt’s fees: $80 an hour for one-on-one training, $60 an hour for groups of two-to-five, and $17 for a larger class.

Kilberg, who has also worked as a lawyer and sold handmade hand bags out of her home in previous careers, said the Disrupt platform offers more diversity of fitness options than your typical gym class schedule. Clients can choose yoga instructors, pilates and barre classes as well as, when the weather improves, outdoor boot camp training.

“There’s no one who’s doing what we’re doing,” she said. “You can come online and get one-on-one training, and get the most diversity.” 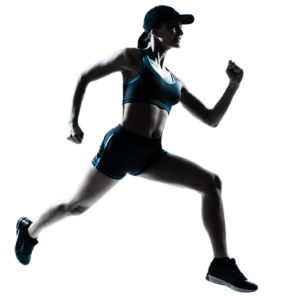 Disrupt is bootstrapped with a little friends and family funding. Kilberg said the company’s primary focus is building its base of trainers, but they have a few events aimed at attracting some clients in the coming months, including free yoga classes on March 12, 19, 26 and April 2 at 6:30 a.m. at Saffron Yoga in Clarendon (3260 Wilson Blvd).

The biggest issue with transactional startups — the companies that are directly selling to  customers — is trust, Kilberg said. That’s why Disrupt is hoping for around $50,000 of capital to fund a strong marketing push.

Once the business has firm bases of clients and trainers, Kilberg has plenty of big ideas she wants to explore. She views Google Glass as a potential boon for virtual training; auxiliary technology will be key to Disrupt’s growth. In five years, she hopes to see it grow into several new markets outside the D.C. area.

“For us, where we grow will be a natural progression,” she said. In the next five years, “we want to grow out of D.C., completely digitize our corporate offerings, fold in wellness services and offer virtual training, which we believe there’s a benefit to… We think within that five-year plan we’re going to get there.