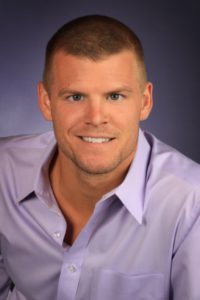 The race to replace retiring Rep. Jim Moran (D-Va.) in Congress became even more crowded today, with the announcement that libertarian Jeffrey Carson is seeking a slot on the ballot.

Carson’s website says he is a former captain in the U.S. Army and used to work as a consultant for Google before moving to Arlington in 2012 and working as a product operations manager for Asurion. He said his desire for “freedom and peace” is what led him to leave his job and run for Congress.

“The principles of freedom and peace are under attack,” Carson said in the press release announcing his candidacy. “We know it in our hearts, in our heads, and in our guts, yet we allow ourselves to be misguided by those currently in charge.”

Carson, 31, has already received the Libertarian Party of Northern Virginia’s endorsement and is in the process of collecting signatures to secure his place on the ballot, according to Evan Bernick, a libertarian who most recently ran for County Board before dropping out and supporting John Vihstadt in the race.

Carson lives in Ballston and said he doesn’t see himself as a third-party, “issues” candidate, but said he believes “we’ve got a shot. I believe we can win.”

Among the policy stances that Carson lists on his website: “balance the damn budget,” “end the unconstitutional War on Drugs” and “only put our service members’ lives at risk if we absolutely must.”

The Democratic Party for the 8th District race is on June 10. Outside of the 10 Democratic candidates, Carson joins Republican Micah Edmond in the race for Moran’s seat.

Carson is hosting a campaign kickoff event at 6:00 p.m. on May 13 at Ireland’s Four Courts (2051 Wilson Blvd) in Courthouse. His full campaign announcement, after the jump.

After traveling across the globe, former U.S. Army Captain Jeffrey Carson returned home to Virginia with one goal in mind–to be an independent voice of reason in our nation’s capitol. He stands with the vast majority of Americans who are tired of party politics, and he is hitting his opponents hard.

“The principles of freedom and peace are under attack,” he says. “We know it in our hearts, in our heads, and in our guts, yet we allow ourselves to be misguided by those currently in charge.”

Carson, who is running to succeed retiring U.S. Rep. Jim Moran, D-Va., believes it is time for the disenfranchised and the disillusioned to rally behind a new vision of sanity. As a representative of Virginia’s growing Millennial population, he is stepping forward to drive that vision. Carson is the only candidate who will simultaneously work to end unnecessary foreign entanglements, repeal all the federal drug laws that put nonviolent offenders in prison, and finally stop adding to the debt by balancing the budget.

Part of a new wave of non-traditional candidates making a splash in the world of politics, Carson’s dedication makes him stand out in a crowded field. Last week, Carson left his regular job, putting everything on the line. “This campaign is not just about sending a message,” Carson declares with confidence. “I believe we’ve got a shot. I believe we can win.”

Republicans and Democrats have done enough to drive this country away from freedom and peace. Carson understands that true progress comes from people who have the opportunity to make their own choices from the bottom up. And he will work to ensure that Congress accomplishes goals that people across the ideological spectrum can agree on, inspiring trust and creativity instead of division and war.