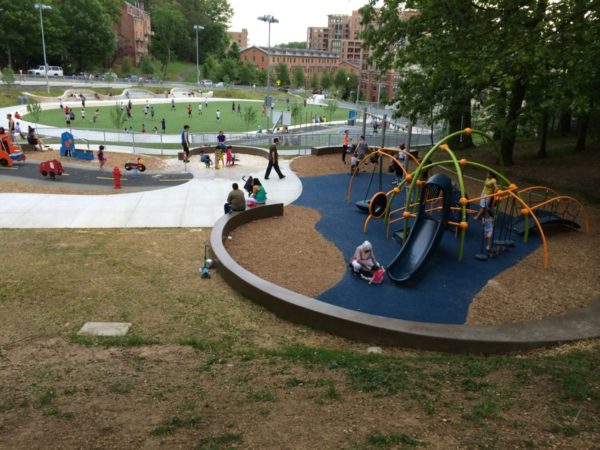 Shuttleworth Drops Out of Congressional Race — Arlington resident Bruce Shuttleworth has dropped out of the still-crowded race for Congress. There are now 7 candidates seeking the Democratic nomination to replace Rep. Jim Moran. Of those, 6 are from Alexandria and only Del. Patrick Hope is from Arlington. [Blue Virginia]

Garvey Phones It In, Literally — Arlington County Board member Libby Garvey, who was injured on Friday in a bicycle accident, voted and participated in Tuesday’s County Board meeting via phone. It’s the first time that has been done in Arlington — Virginia law only recently changed to allow board members to participate in meetings via phone in certain circumstances. [InsideNova]

Clarendon Church Turns 105 — The Church at Clarendon (1210 N. Highland Street) will celebrate its 105th anniversary on Sunday. The church will hold a special anniversary worship service at 11:00 a.m. Originally formed as Clarendon Baptist Church in 1909, the church has seen many changes in its 105 years. One recent change was the new sanctuary that was completed in 2012, as part of a controversial deal that added an 8-story affordable apartment complex above the church.

Truck Day at the Library on Saturday — Arlington Central Library (1015 N. Quincy Street) is again inviting children “to get up-close and personal with a menagerie of trucks and buses” in the library parking lot. Truck Day will take place from 9:00 to 11:00 a.m. on Saturday. There will also be transportation-related crafts inside the library auditorium. The library is warning nearby residents to expect to hear some noise from the trucks and the kids during the event. [Arlington Public Library]