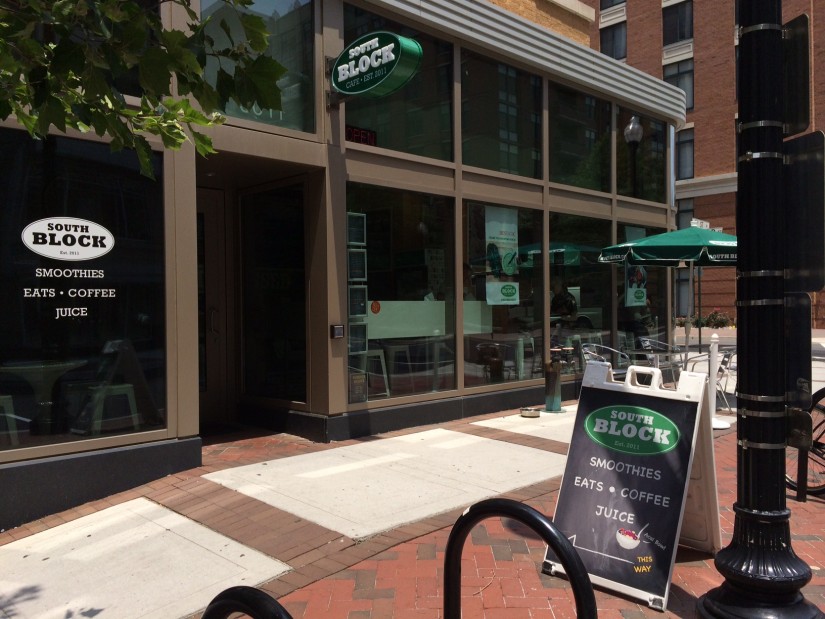 (Updated at 9:55 a.m.) As it approaches its third anniversary of opening in Clarendon, South Block Cafe (3011 11th Street N.) have unveiled plans for growth. The juice, smoothie and wrap shop will expand into the spot next door previously occupied by Clarendon Alliance, which moved to 3033 Wilson Blvd. earlier this week.

“This brand has sort of taken on a life of its own. So we have decided to give the juice its own space, and we are putting our first South Block Juice Co. location in the Clarendon Alliance Spot next door to us,” Mostafavi said. “I refer to South Block Juice Co. as a ‘micro-juicery,’ so we are having a little fun with this and taking on some traits of a microbrewery.”

Similar to beer flights at a microbrewery, South Block customers soon will be able to sample “juice flights.” Visitors also can take home a growler of juice and get information on juice cleanses.

“In general, this will allow us to expand on what has become a very good part of our business,” said Mostafavi. “South Block Juice Co. will be a brand whose focus is on nutrition, community, art and charity.”

The new juice store is expected to open in September.

The company plans to begin construction later this month on a new juice production kitchen in East Falls Church, which will allow for producing a larger volume of juice. South Block also intends to offer more juice varieties after the expansion.