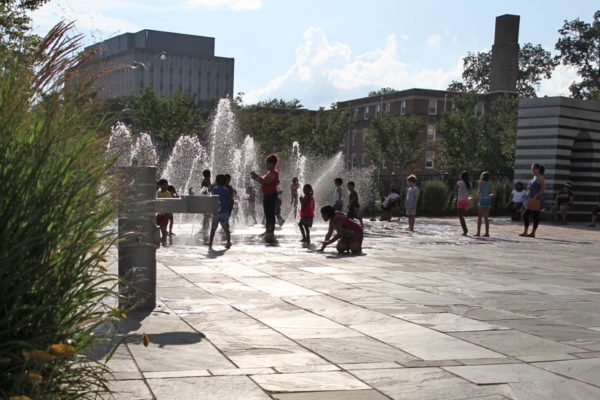 Lingering Campaign Signs Annoy Arlington Dems — Uncollected campaign signs from the June 10 Democratic congressional primary are irking local Democratic leadership. Arlington County Democratic Committee Chairman Kip Malinosky says the party has contacted certain candidates multiple times to let them know their signs were still cluttering up local medians. By Arlington ordinance, signs can only be removed by those who put them up. [InsideNova]

Blue Line Crunch Coming — When the Silver Line opens next month, the average headway for rush hour Blue Line trains will increase from 8.5 minutes to 12 minutes. Metro says Blue Line riders can consider taking buses instead of trains to, in some cases, speed up their trip. [PlanItMetro]

Sietsema Reviews Mazagan — Washington Post restaurant critic Tom Sietsema has reviewed Mazagan, the new Moroccan eatery and hookah bar on Columbia Pike, next to the Arlington Cinema and Drafthouse. Sietsema gave the restaurant 1.5 stars, saying the music was too loud and the dishes hit-or-miss. [Washington Post]

New Iwo Jima Bikeshare Station — A new Capital Bikeshare station near the Marine Corps War Memorial, also known as the Iwo Jima memorial, has been enjoying heavy use. The station can hold nineteen bikes but only three were parked there Wednesday morning. [Ode Street Tribune]