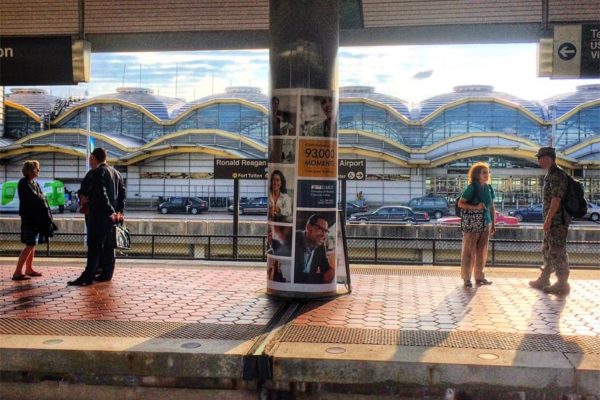 Traffic Impacts Due to Military Funeral — Military officials are warning of possible traffic impacts in Arlington due to a full honors funeral at Arlington National Cemetery. Army Maj. Gen. Harold Greene will be laid to rest today beginning at 2:00 p.m. A Falls Church resident, Greene was killed on Aug. 5 in Afghanistan; he’s the highest-ranking U.S. military casualty since Vietnam. Officials say Greene’s funeral could impact traffic on Washington Blvd at the Fort Myer exit and on Route 110 at Marshall Drive.

Partisans Support Nonpartisan Redistricting — Democrat Rip Sullivan and Republican Dave Foster, candidates for the 48th District House of Delegates seat, agree on at least one thing: that Virginia’s redistricting process should be nonpartisan. While support for nonpartisan redistricting may be growing, it is unclear if it could pass the General Assembly. [InsideNova]

Capriotti’s Opening Nears — Originally slated to open on July 29, the new Capriotti’s Sandwich Shop at 1500 Wilson Blvd in Rosslyn now has a new opening date. A spokeswoman says the shop — the Delaware-based chain’s first in Virginia — will first open to the general public on Monday, Aug. 25.

County Fair Carnies Profiled — Who are those smiling carnival workers working the rides and games at the Arlington County Fair? They’re fun-loving nomads who sleep in bunkhouses and travel throughout the East Coast and the South during fair season. [Washington Post]