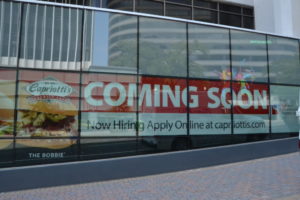 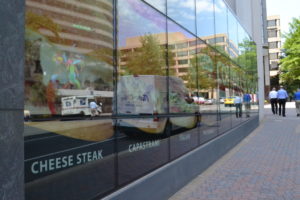 The shop is currently finishing renovations, but Director of Operations for Capriotti’s D.C. franchises Joe Combs was passing out flyers to passersby last week in an effort to recruit employees.

“We’re known for our fresh pulled turkey and our fresh roast beef,” Combs said. “Our sandwich ‘The Bobbie’ was voted best sandwich in America by AOL. It’s basically Thanksgiving on a roll.” The Bobbie comes with pulled-turkey, cranberry sauce, stuffing and mayonnaise.

Founded in Delaware in 1976, Capritotti’s is now based in Las Vegas and has 105 locations nationwide. Some Arlington residents may have already gotten their first taste of The Bobbie from Capriotti’s booth at Taste of Arlington.