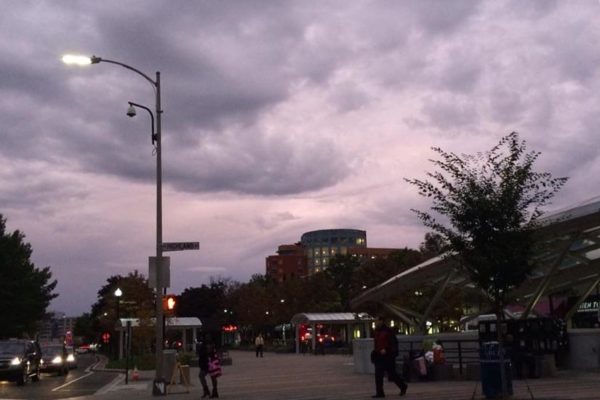 Antique Plane Fly-Over — About 30 World War II-era planes will be flying over the Pentagon and Arlington National Cemetery around 11:55 a.m. Saturday. [WTOP]

Higher Charges for DCA Passengers? — Reagan National Airport is expected to have its traffic increase by another two million passengers next year, while overtaking both Dulles and BWI in passengers by the end of this year. To help keep up with the growth, and perhaps encourage use of the recently-upgraded Dulles International Airport instead, the Metropolitan Washington Airports Authority is considering an increase of the passenger fee at DCA from $4.50 to $8.50. [WTOP]

Office Buildings as Schools — Converting older office buildings into schools is increasingly being eyed as a two-fold solution to office vacancies and a school capacity crunch in Northern Virginia. In Falls Church, a five-story office building was converted into an elementary school — although a full gymnasium has yet to be built. [Washington Post]

‘Historic’ Garage Move Considered — Arlington’s Historical Affairs and Landmark Review Board will meet on Wednesday and consider a proposal to move a “historic garage” from county property onto the now privately-owned Fraber House site in Cherrydale. Preservationists might not be thrilled about the move, which would also require the removal of an oak tree. “Historic preservation advocates had wanted the county to draw the historic district line around the garage so that this wouldn’t have to happen… oh well,” one tipster told ARLnow.com. [PDF]

END_OF_DOCUMENT_TOKEN_TO_BE_REPLACED

More Stories
Just Listed in ArlingtonSingh, Roche Among ’40 Under 40′ Honorees