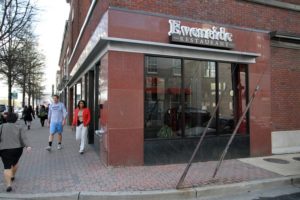 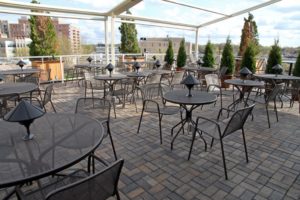 The Clarendon restaurant has permanently closed, according to an announcement on its website.

“It has been a great pleasure to serve Arlington and the broader Washington community,” the announcement says. “Thank you to all of our customers, our vendors and especially our employees.”

Local restaurant message board operator Don Rockwell first reported last night that the Eventide space will be taken over by the operators of Ballston’s A-Town Bar and Grill.

“[A-Town owner] Mike Cordero has bought the business and the lease,” Eventide co-owner confirmed to ARLnow.com this morning.

Restaurateurs potentially interested in taking over the space were seen touring Eventide in September, a tipster told ARLnow.com at the time.

Some on Rockwell’s message board were skeptical of an A-Town-style bar in Clarendon. A-Town has faced scrutiny from Arlington County as a result of numerous noise complaints and a number of police incidents. It was dubbed “the most troublesome establishment in Ballston” by county staff.

“It’s my sincere hope the new owners don’t try and replicate A-Town in the space… turn[ing] it into a frat house,” one message board user wrote following the news. “Otherwise that block genuinely will turn into essentially Adams Morgan.”

Despite the concerns, A-Town remains a success story. The business is regularly packed with customers, validating the gamble Cordero and two partners — his son, Nick Cordero, and Scott Parker — made when converting the financially-sound Caribbean Breeze to A-Town in 2012.