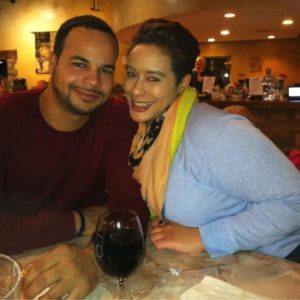 (Updated at 5:25 p.m.) Arlington County Police have confirmed that the two people found dead in a Westover apartment yesterday died as a result of an apparent murder-suicide.

Police say the bodies of Kristy Flowers, 31, and Ray Savoy, Jr., 29, were found in an apartment on the 1200 block of N. Kensington Street on Monday afternoon. Officers were called to the apartment to check on the welfare of the residents, who had not been heard from for a couple days.

Police say they believe Savoy shot Flowers, then turned the gun on himself. The two were a couple, lived together in the apartment and posted photos together on Facebook as recently as November.

“Awesome weekend in NYC with my LOVE BUG,” Savoy posted, along with a collection of photos featuring Flowers, on Nov. 22.

“To me, they were like the perfect couple… there was nothing to indicate that he was a violent person,” Kristy’s mother Patricia Flowers told the Washington Post. However, the Post also reported that Savoy “drank a lot and talked of the gun he kept in his car.”

A window was open in the couple’s second floor apartment at the time of the shooting, which is believed to have happened over the weekend. There were no reports of gunshots in the area, despite the presence of several apartment buildings immediately adjacent to and across the street from the scene.

“Officers and detectives have canvassed the area… we find it very unusual that no one reported it,” ACPD spokesman Lt. Kip Malcolm told ARLnow.com.

Flowers is originally from Elyria, Ohio and was studying law at American University, according to social media pages. She worked as an analyst at Reston-based Leidos, the defense contractor formerly known as SAIC, according to her LinkedIn profile.