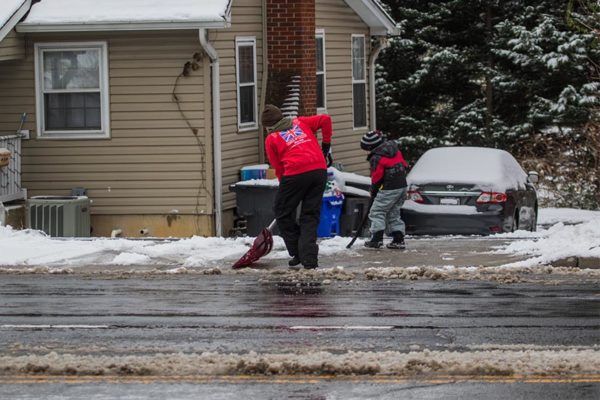 Murphy Apologizes for Snowy School Opening — Arlington Public Schools superintendent Patrick Murphy has personally apologized for the unpopular decision to open schools on time yesterday, in the midst of a snow storm. Murphy said APS, like other local school systems that also opened on time, had to make a decision early in the morning, when the forecast still called for less snow. “Once that decision is made, we are kind of locked in,” said Murphy. [InsideNova]

Salt Truck Slides Down Hill — The refreeze may have claimed a salt truck last night. A reader spotted a salt truck being pulled out of a ditch on N. Roosevelt Street. [Twitter]

Crystal City Profiled — As part of its ongoing “Where We Live” series, the Washington Post has profiled Crystal City, which the paper says is “not just underground anymore.” The neighborhood is noted for being convenient to various forms of transportation and having a very low crime rate. [Washington Post]

Remembering Kathryn Stone — Kathryn Stone, a “legendary figure in the history of Arlington County and the Commonwealth,” is remembered for her role in advancing the role of women in government. [Falls Church News-Press]