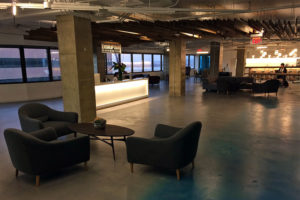 We’re less than a week away from ARLnow.com’s fifth anniversary party. If you like ARLnow.com and you like fun, presumably you have already reserved your tickets — if not, check out the trivia question below for a chance to get 20 percent off.

As part of the lead-up to the party (hosted at the Crystal Tech Fund offices, pictured, in Crystal City), we’re taking a trip down memory lane to the year we launched.

That year, 2010, featured lots of memorable local stories, some of them downright weird. Do you remember…

Now, for the trivia question: what was the original name of the new-for-2010 rooftop deck at Whitlow’s? (It was renamed “Wilson’s” prior to opening.)

If you know the answer, enter that as a promo code (without spaces) on our Eventbrite page for 20 percent off. You’re welcome!

The event is hosted by the Crystal City BID and sponsored by the Arlington County Federal Credit Union.