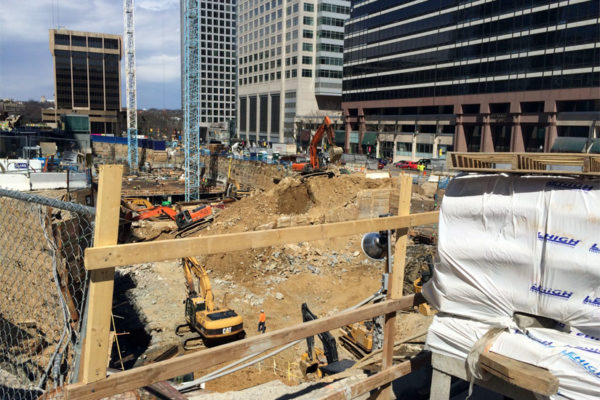 Public Defender Decries Pay Gap — Arlington’s deputy public defenders can make up to $33,000 less than their counterparts at the Commonwealth’s Attorney’s office. Chief Public Defender Matthew Foley said the gap creates an unfair balance, one that allows the deputy Commonwealth’s attorney to grow their salaries on the job and talented public defenders — whose wages are locked in — are leaving the office. He called it “an unfair game going on with people whose liberties are at stake” at the Arlington County Board’s budget public hearing. [Connection Newspapers]

Fairfax Car Chase Result of Arlington Warrants — Updated at 1:05 p.m. — A car chase that broke out at the same time as yesterday’s manhunt was also the end result of Arlington police work. Lakisha Tracy was apprehended in Fairfax County yesterday morning after leading police on a high-speed chase that ended on Fairfax County Parkway in Lorton. Tracy was arrested on outstanding warrants for credit card and identity theft in Arlington County. [Washington Post]

Behind Arlington’s Meals on Wheels Program — Our Man in Arlington columnist Charlie Clarks goes behind the volunteers and beneficiaries of the Meals on Wheels charity, which was started in the county 44 years ago. Those receiving the meals, which are prepared by inmates at the Arlington County Detention Center, can range from the poor to, as one volunteer put it, “one four-star general dressed in a tie.” [Falls Church News-Press]

AFAC Sets 100,000 Meal Goal in April — With continuing record demand, the Arlington Food Assistance Center is hoping to receive 100,000 donated meals this month to distribute to Arlington families in need. AFAC expects to exceed its food budget by $150,000 for the second straight year, and Executive Director Charles Meng has said the nonprofit serves 100 new families a month. [InsideNova]